the rich heritage OF IDAHO’S MOST SCENIC HIGHWAYS

The Payette River is a ribbon through the tapestry of Idaho history. The river is not so much a destination as it is a journey through time. The people and events associated with the river stretch thousands of years back in time, creating continuity and generational ties between the past and present, and the old-timers and new arrivals in Idaho.

Below are a few highlights from the trail’s history. To read the full history and view more photos and fun facts, download the Byway Masterplan. 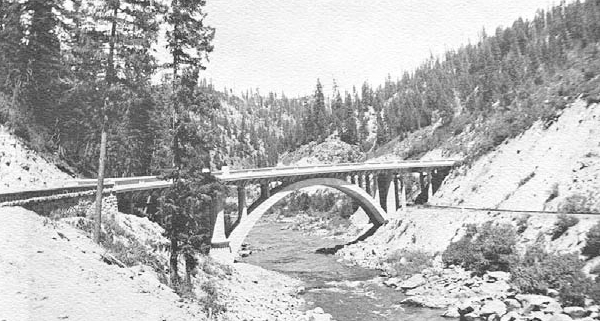 From Old-Timers to New Arrivals

The Bend in the River

In 1862, prospectors found gold in Boise Basin, located east of Horseshoe Bend on the other side of Boise Ridge. Their discovery led to one of Idaho’s largest gold rushes. A year later, the basin’s population swelled to between twelve and fourteen thousand people.

Horseshoe Bend was established when miners headed for Boise Basin settled on river to wait out the winter snows. For a short time the town was known as Warrinersville, after a local sawmill operator.

In 1867, the name was changed to Horseshoe Bend. That year, a Kentucky miner named Felix Harris built a toll road to Placerville. It was rumored that Harris sometimes collected $1,000 a day in toll fees paid with gold. After the gold rush subsided, Horseshoe Bend developed into a prosperous ranching and logging community.

The North and South Wagon Road

As you travel north towards Banks from Horseshoe Bend, look for the old state wagon road on the west slope above the Payette River. In 1911, the Idaho Legislature appropriated $20,000 for the construction of a “north and south road” from Boise to the Payette Lakes. Ada and Boise Counties contributed another $8,000 to help complete the road.

In 1908, a young rancher named Merle Banks filed a homestead claim on the Payette River below its north and south fork tributaries. He filed under the Forest Homestead Act of 1906 because his claim was located inside the Payette National Forest. The act opened agricultural lands in national forests for settlement. Homesteaders could apply for 160 acre parcels on the condition they cultivated the lands.

Banks was a rancher, not a farmer. His modest cabin aroused the suspicions of Forest Supervisor Guy B. Mains, who believed that Banks’ interest in the claim originated with the lumber industry’s plans to build a railroad up the river to haul timber out of Long Valley. Banks and other ranchers wanted the railroad to ship their livestock to Emmett stockyards on the Oregon Short Line, a subsidiary of the Union Pacific Railroad. Otherwise they had to trail their livestock into town, taking “meat off the hoof.”

In 1911, the Oregon Short Line began construction on the Idaho Northern Railroad from Emmett to Long Valley. The railroad was completed in 1913, and Banks leased the Oregon Short Line a right-of-way through his claim. The Forest Service finally approved his homestead application after he planted crops on the claim. The General Land Office issued Banks a patent for the land in 1914. In 1916, President Woodrow Wilson issued an executive order withdrawing the town site of Banks from the public domain. Although a survey in 1920 laid out ambitious plans for the town, it never developed much beyond a railroad station.

In 1902, the Payette Lumber & Manufacturing Company, a Minnesota firm, acquired thirty-three thousand acres of state timber in Long Valley. The company built a large splash dam below Smith’s Ferry to control the passage of logs downriver to mills in Payette.

Lumber companies used greased chutes to transport logs from remote areas of the forest. In 1924, a fire on Murray Creek, located about a mile south of the dam on the west side of the North Fork, consumed eleven miles of new chutes.

In 1933, President Franklin D. Roosevelt implemented federal measures to help combat the economic crisis. These “New Deal” programs provided emergency funding for projects to reduce unemployment across the nation. Under the Public Work Administration, the Idaho Bureau of Highways received almost eight million dollars between 1932 and 1934 for “emergency” road projects.

The concrete bridge spanning the North Fork above Smith’s Ferry was built in 1933 with emergency relief funds. It exhibits an open-spandrel design introduced to Idaho in the 1920s and used in several locations and various scales throughout the state. Unlike the other bridges of this type, the North Fork Bridge has not been altered over the years.

Charles A. Kyle designed the North Fork Bridge, which is known locally as the Rainbow Bridge because of its arch. Kyle was Idaho’s chief bridge engineer from 1919, the year the Idaho Bureau of Highways was established, until his death in 1936. The bridge, which cost $74,000, was built by C.F. Dinsmore & Company, an Ogden construction firm with previous experience building bridges in Boise.

The Rainbow Bridge is listed on the National Register of Historic Places. As early as 1933 the bridge was recognized as one of the most beautiful in the state.

In 1898, Ben and Lou Caswell discovered gold on Thunder Mountain, located in the Salmon River Mountains northeast of Long Valley. They recovered $3,000 worth of gold in a two-week period using sluices, and $4,000 during an even shorter run in 1899 using hydraulic giants. The rush was on!

From 1899 to 1904, Long Valley was a popular outpost for the Thunder Mountain gold rush. Towns like Van Wyck and Crawford, and Thunder outfitted merchants and miners headed north into Salmon River country. Thunder was unique because the town arose solely in response to the gold rush.

It was located on Pearsol Creek, near the present Cascade Airport. The town survived for a short time after the Thunder Mountain gold rush collapsed in 1904.

It was the logging industry, however, that shaped the character of Long Valley’s newest community, Cascade. In 1923, J.P. Dion built a sawmill in Cascade after the Boise-Payette Lumber Company moved its headquarters south to Cabarton. Dion, an engineer by profession, built the company’s sawmill in Emmett, and thought that he too, might enter the lumber business. The mill passed through several more owners before Boise-Payette Lumber purchased it in 1954.

Another dramatic change occurred after World War II, when recreation became an important past time. This trend, influenced by increases in disposable income and leisure time, coincided with the construction of Cascade Dam and Reservoir in Long Valley.

Approximately twelve miles of State Highway 55 were relocated, as were nearly thirty-two miles of county roads and fourteen miles of the Oregon Short Line. Urban development and settlement shifted to the east side of the valley, close to the new transportation corridors.

Around 1890, Tom McCall traded a wagon and team of horses for a squatter’s homestead where the McCall Hotel is now situated. With the assistance of his wife, daughter, and four sturdy sons, McCall enlarged the homestead to provide room and board for miners on their way to mining camps such as Warren in the Salmon River Mountains.

Lardo, located a mile west of the McCall place, was a small but thriving community predating the establishment of McCall. The town was located on a popular route linking Weiser, Council, and Meadows to Warren’s gold fields. Lardo and McCall both had post offices. When fire destroyed Tom McCall’s sawmill in 1896, it was rebuilt in Lardo. When Lardo’s mill burned in 1905, Theodore Hoff and Carl Brown constructed a new one in McCall. This good-natured rivalry between Lardo and McCall continued for many years; in fact, “Lardo” was often used to describe both communities until Lardo’s post office was moved to the newly incorporated McCall in 1917.

In 1935, a Civilian Conservation Corps (CCC) camp was established on Payette Lake. The CCC was one of President Roosevelt’s New Deal programs to combat the Great Depression.
In addition to their road construction projects, the CCCs built fire lookouts, dams, telephone lines, and “public service” sites later designated as campgrounds. Between 1935 and 1938, the CCCs built seven of the Forest Service buildings on Lake and Mission Streets, and eight of the SITPA buildings located next door.

In 1899, a wealthy group of investors in the copper mines of the Seven Devils Mountains formed the Pacific & Idaho Northern Railroad. The industrial magnate Edward Harriman, who controlled the Union Pacific and Oregon Shortline Railroads, supported the enterprise.

Construction on the Pacific & Idaho Northern, simply referred to as “The PIN,” languished until 1910. Copper miners, in the meantime, built the Seven Devil’s Railroad in anticipation that the PIN would soon reach the Little Salmon River. When the PIN failed to appear, the railroad and their mines went bust.

In 1910, James Hill, Harriman’s rival at the Northern Pacific Railroad, renewed his company’s claims to a right-of-way along the Weiser River. In 1911, the PIN was finally completed from Weiser to New Meadows.

Meadows, was a small but prosperous farming community at the time. Like its sister settlements in Long Valley, the town hoped to prosper from the railroad. Colonel Edgar Heigho had other ideas, however. As the president of both the PIN and the Coeur d’Alene Development Company, Heigho dreamed of establishing a new town on the banks of the Little Salmon River.

Between 1911 and 1912, Heigho built a train depot, hotel, school, bank, and his own private mansion at New Meadows.

Read more of the Byway's history 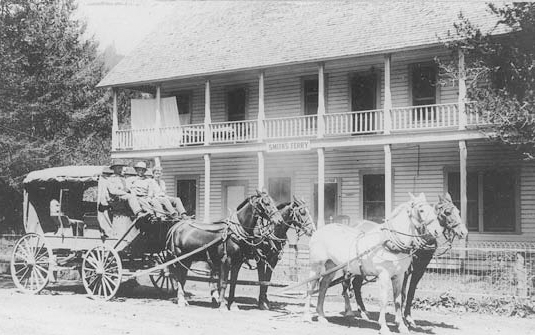 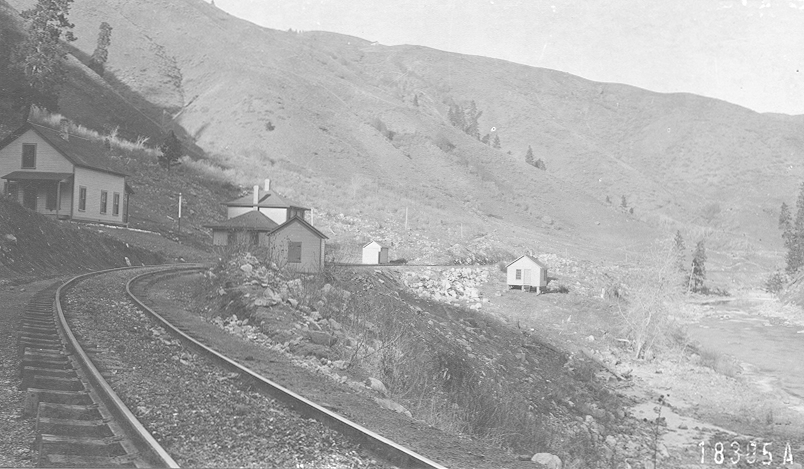 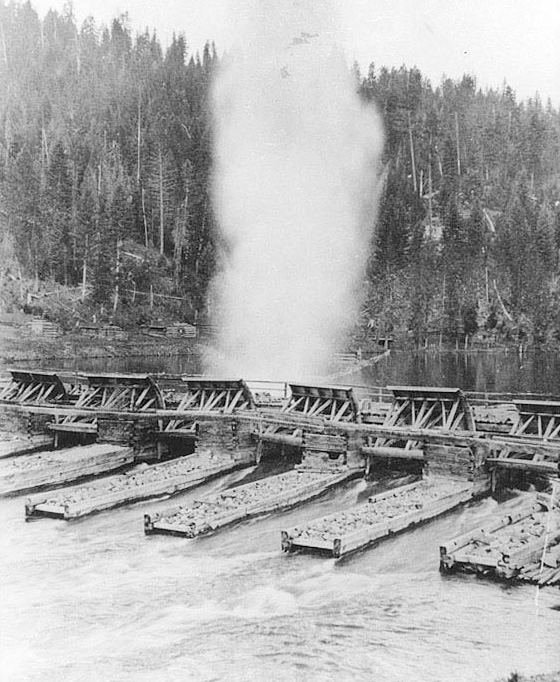 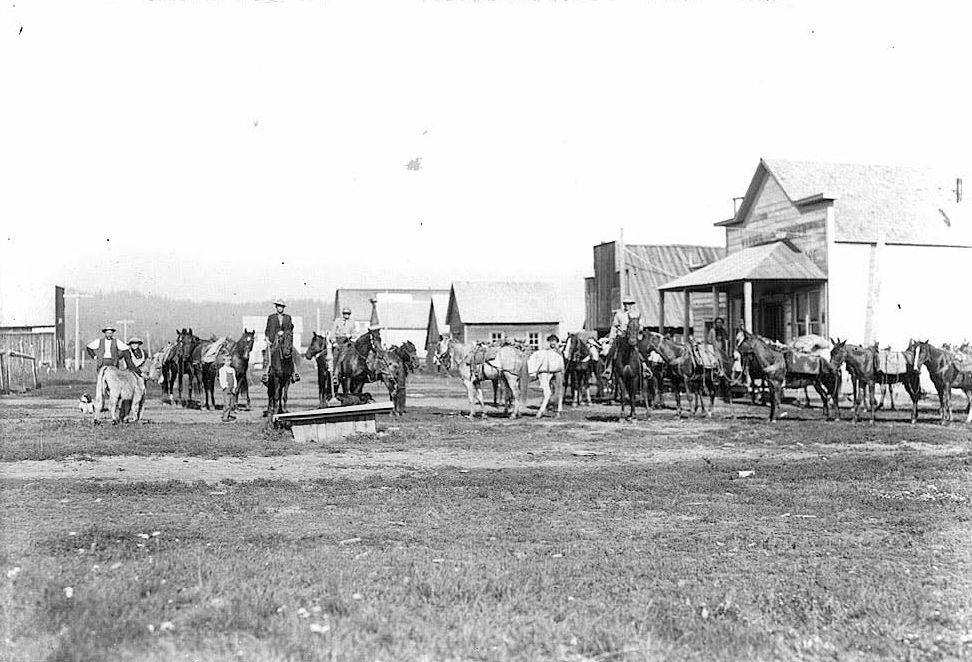 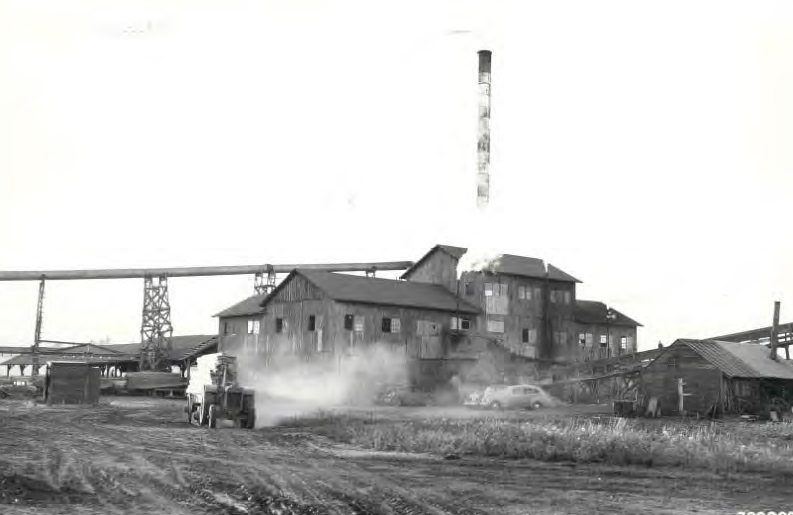 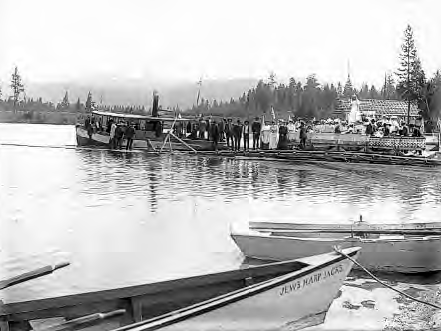 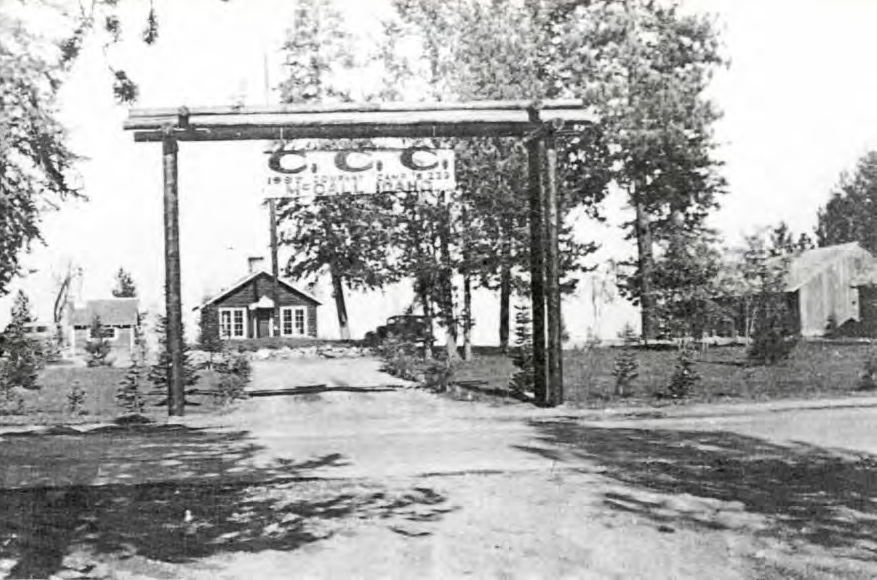 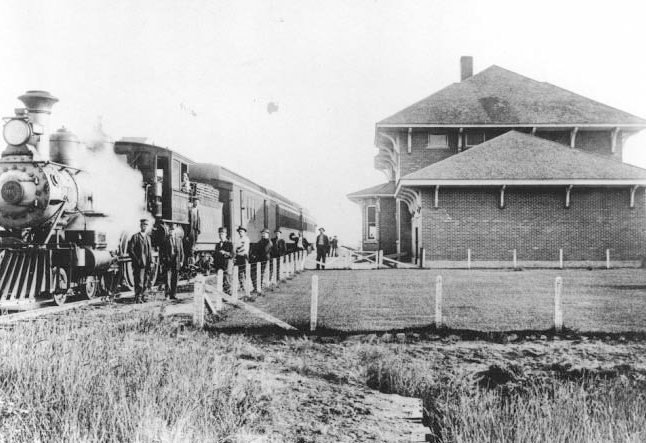 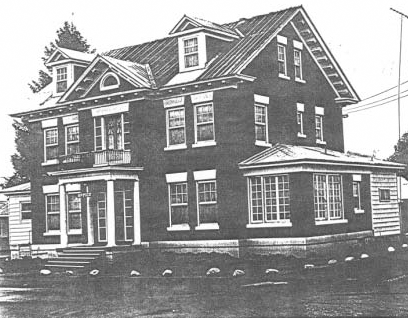